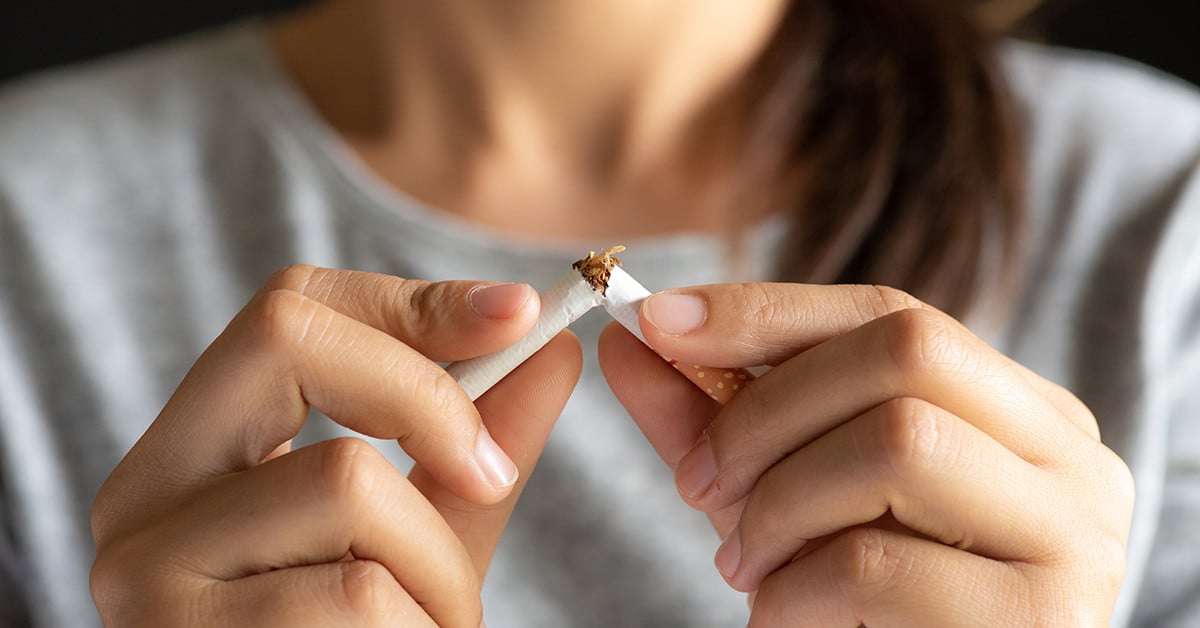 "Change the picture in your mind and you will change your reality."

I had a neighbor who was 80 years old who had quit smoking many years earlier. When I asked how he did it, he said he just decided to not smoke anymore and that he didn't have any withdrawal symptoms or side effects either. As our conversation continued, it turned out that for many days prior to him quitting, he kept picturing himself as a non smoker. He pictured his home as one without ash trays or lighters. He wasn't sick of his house or his clothes or his breath stinking like a filthy ash tray. He couldn't care less about how cigarettes affected his health and the health of others around him. He didn't want to hear anything about statistics. He said he just couldn't see himself as a smoker anymore. A note here that this is the least effective way for anyone to quit smoking.

Statistically, only 2% of people who want to quit smoking do so exactly like my neighbor did in the above paragraph. Again, statistically, only 2% of people who go to a hypnotist to quit smoking do so in their very first session. This is because, before they went to a hypnotist, for many days, weeks or months, they had changed the picture in their mind from an addicted smoker to a nonsmoker. They just couldn't see themselves as a smoker anymore. And all they needed from the therapist was a little nudge in the direction they had already mentally taken.

Hypnosis simply enhances the vision of what you already see in your mind, which helps your vision become a stronger reality. Think of hypnosis as a motivational coach who helps you stay on the road you have already taken. So if you have been attempting to quit smoking for some time, then hypnosis will definitely help you maintain that road to success.

The nicotine in smoking does one thing and one thing only, it raises the dopamine level in your brain which is what causes you to feel relaxed and happy.

However, 2 minutes after you quit inhaling nicotine, your dopamine level drops right back down to where it was 2 minutes before you began smoking.

This is why some people who are normally extremely agitated, constantly angry, scream, swear and lash out at people are also chain smokers. Because they are constantly chasing that dopamine high which can temporarily calm them down, again, and again, and again.

People with depression, especially if they are under medication for depression, become even more depressed in between their smoking.

If you really want to quit your nicotine addiction, then ask yourself what do non-smokers do to raise their dopamine levels? Are you willing to tell your smoking friends that they can't smoke around you, to take it outside? Are you willing to remove every ashtray and lighter from your home before going to a therapist?

A very interesting and very short article on this subject is found on a mental health website and you can read it HERE.

If you need to feed your nicotine addiction, then vaping is the healthier answer over cigarettes because vaping is simply ingesting pure nicotine and cigarettes and cigars have all the other ingredients that cause people to drag around an oxygen tank, have bypass surgeries, remove a section of their lung, cough uncontrollably from the tar in tobacco, and basically cause your breath, clothes, hair and furniture to stink like a filthy ashtray. So vape away. But be aware that ingesting an entire vial of nicotine from a vape pipe will kill you instantly.